All of my novels are available at Amazon. eBooks are $3.99 and paperbacks are $9.99 – if you have Kindle Unlimited, all of my eBooks are free to you. 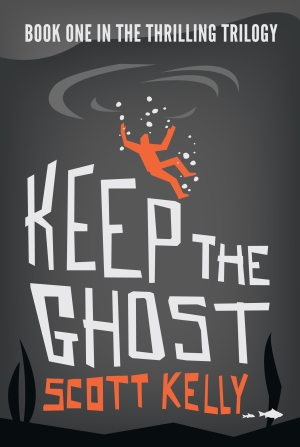 Kayla is about to commit pseudocide. She’s met a couple of experts, and they’ve sold her on faking her death – wiping the slate clean, emerging a new person. But, she needs a witness. When Kayla begs, Sean gets roped in. I mean, nothing too serious: just lie about when he last saw her.
Except, things fall apart in a hurry. The police don’t see an accident, they see murder – and Sean is their suspect. She’s vanished, and he’s facing prison.
His only hope is to chase Kayla’s trail and reach out to the enigmatic strangers who make a life out of pretending to be dead. They call it enlightenment, but Sean calls it crazy. But at least they have a plan, even if the first step is to kill himself. Will Sean have the strength to take the plunge? And if he does, who will come out the other side?

Sean Reilly belongs to the gulf. The bond was forged when he faked his death by diving in, and honored as waves carried Sean out of a statewide manhunt and into Morgan’s saving graces. Six months after the events of Keep the Ghost, that same ocean brings our intrepid fugitive to a desolate island off Mexico’s east coast. There are just a couple thousand people on Isla Holbox, and only five police officers. Normally, he’d like that fine – but normally, someone isn’t trying to murder him.

Nothing is simple anymore. Back in the States, he could trust Morgan completely. She was his mentor and guide. Now, something has changed. Something from their past has reached Holbox, and Sean’s introduction to it rides along on a bullet aimed squarely at him. Someone wants him dead, and he doesn’t know who or why. Morgan might, but when has she ever told him the truth?

And that’s just start of his problems. If Sean ever hopes to escape into the gulf again, he’ll have to break free from a box of his own making. In doing so, he’ll answer the question: Can a person ever truly remake themselves?

Derek may or may not deserve to be stalked by an unhinged ex-marine – he’s not sure. He did kill the man’s entire family in a car accident, and he may have been drinking, though thanks to the resulting coma he can’t remember much about that day. And that’s okay, because Derek is learning all about it from the district attorney as he explains to the jury why the young painter should go to prison.

Prison isn’t right now, though – it isn’t breaking into his home, stabbing him, or kidnapping him at gunpoint. And managing his stalker would be much easier if Derek could see him coming. But, he’s incapable of recognizing the man tormenting him, or anyone else. Can’t even recognize his own face in the mirror. Since Derek woke up from his coma, he’s been face blind: a rare condition that renders him unable to identify people by their appearances.

Anyone in Derek’s world of strangers could be his stalker. In this mind-bending thriller, the talented painter is pushed to a tipping point as his reality unravels at the hands of a madman. On its surface, The Blue is a gritty suspense novel about a man’s quest for redemption. Dig deeper and it asks questions about the nature of guilt, innocence, reality and revenge.

Six teens are devoted to a game with one rule: If a player gets tagged, they must change their life within the next fifteen minutes. The better the player, the bigger the change. One might give their car away, or punch the school bully. Another might change identities or sacrifice their virginity. Anything to keep evolving, to avoid fitting into a label or caring about the junk they own. But their quest for enlightenment has taken a rotten final turn – one of the players has murdered the game’s creator, the teen prophet (cult leader?) David Bloom.

Our narrator is being framed for the crime; can he clear his name and discover which of his lifelong friends is the murderer before he takes the fall?

[sic] is a gritty teen murder mystery that delves into the psychology of enlightenment among the criminally dysfunctional.

32 Comments on “Available at Amazon”